This is a photo of myself and Roya, a dear refugee I’ve met only twice. We live a half world away from each other. When she saw me here, at our second meeting, she hugged me like she would never let go. I could feel the intensity of her gratitude for the energizing hope she has received from our group, Their Story is Our Story (TSOS), at a point when she needed it most. Her pure love reminded me of a similar, despair-turned-to-hope situation in my own life many years ago.

My husband, Dr. Richard E Bird, was a rising star in the field of solar physics when he was diagnosed with multiple sclerosis in his mid-thirties. He lost the use of his body quickly, was completely bedridden within five years, and lived his final twenty years as a quadriplegic.

When we realized what we were facing, our security and dreams were shattered. Forces beyond our control were shaping our destiny. While Rich grappled with his declining abilities, I returned to school to finish my last two years of college in preparation for full time work. We had five young children to support; one of us needed to be fully employed.

Richard’s mobility rapidly declined and our four-level home evolved into a huge, navigation nightmare. Climbing stairs sometimes required more energy and ability than he could muster; descending them became difficult and dangerous.

We began discussing options — extensive remodeling or relocating to a single-level home. However, after purchasing an electric wheelchair and handicapped van, our financial resources were depleted; both choices were disheartening. We were in a quandary. But the decision was soon taken out of our hands.

A personal friend confided to us that he and others we knew were anxious to remodel our home to fit Rich’s needs. He said the personnel and resources were in place, that all they needed was a floor plan. We were touched but respectfully declined and explained it wasn’t a project we could fund at that time — perhaps in the future. He firmly persisted and emphasized finances were already in place. When we asked who would be funding this expensive undertaking, he declined to tell us and simply said, “If you allow us to take on this project, the rewards will be far greater on our end than yours. Please don’t press further.  Just give us a floor plan.”  We were touched — and humbled.  I quickly got to work and drafted a conservative design.

Thus, early on a Saturday morning a few weeks later, a cement truck pulled up to our home and work began. For the following two months on weeknights and Saturdays many men who normally wore suits and ties for their day jobs, donned works clothes and joined in the happy swarm of construction activity somewhat reminiscent of barn raisings in pioneer times. It was a time of intense service, of intense satisfaction.

What a huge difference these men made in our family life! They were charity personified. When they finished we had a home that comfortably suited Richard’s special needs.

Successful in their chosen professions, the gratification these men received from their jobs didn’t hold a candle to the satisfaction they received while wielding hammers, saws, and shovels at our home. I could see it in their countenances and feel it in the spirit of love always present when they gave service on our behalf. They exemplified the axiom, “You make a living by what you earn. You make a life by what you give.”

Now it’s my turn to give back. A few years ago, when I read accounts of the flood of refugees flowing towards Europe, I realized their security and dreams had been shattered by forces beyond their control like mine had been decades ago. Their individual stories touched me and helped move me to action. Subsequently, I felt privileged to be one of the founders of TSOS. Along with the other volunteers, I’m devoted to telling the stories of these displaced people — our fellow human beings — in the hopes that those who hear them will be moved to find their own ways to provide succor, support, and influence policy.

I’m not wielding a hammer like our construction angels; I am wielding a pen (well, a computer, but how unpoetic). But I experience the exhilaration service brings just as they did. You can bet the feelings of love were reciprocal between Roya and myself. Two lives were blessed.

Our First University Chapter at BYU and Debut Event

Six weeks almost to the day from when we were officially recognized...

Their tone shifts the instant they get to the part about crossing... 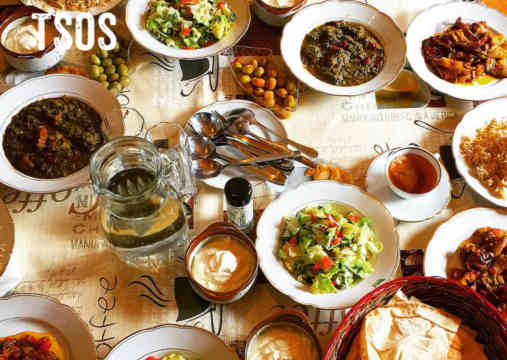 Your Farsi a little rusty? No worries! With our Afghan friends we...